It was the Cooper Hawk’s swift hunt into my yard that sent the red-winged blackbird crashing into my kitchen window. I’ve heard this before. It’s a terrible sound that sends me running to the deck, hands quickly pulling on gloves, hoping to see that my little winged victim is shaking off the impact in a nearby tree. That was not to be. The stricken blackbird was half buried into the soft snow that had been falling steadily for two days.

I truly thought he was dead.

I knelt down with calming words and scooped up the bird into my purple gloved hands and brought him right to my chest to try to begin to warm him.

My daughter was in the house already getting a box and a heating pad. We knew the drill, taught to us by volunteers at our local wild bird rehabilitation center:

“Gently lay the bird into a box with air holes and let the box rest on top of a warming blanket set to low. Carefully open the box outdoors two hours later and release. Call us back if the bird doesn’t fly away.“

It had worked with the bird strikes we had already during the year. All but one had survived and were quickly repatriated back into the yard.

I sat on a stiffed back chair in the living room and held the blackbird in my one shielding hand, covering its head in calming darkness with the other. Its heartbeat was strong against my finger. A good sign, I thought. Keep beating, I silently implored. I held it close to my chest, a stark contrast against the white of my long-sleeved t-shirt. Soon I began softly brushing off the snow that had become tucked under its wing. Its feet were contorted. It wasn’t moving.

Suddenly the blackbird’s eyes began blinking. One side. Then the other. Good, I thought. Good. I’ll just sit with this for a while, here on the chair, keeping you warm.

I had a good hold on the little one. If you’ve handled wild birds before – and I’ve only done so a few times, it seems like there is a moment when a bird regains its strength after being stunned. A sudden shiver awakens it. It’s ready to return to its home. Its body gets fortified with some kind of new energy upon reawakening.  There, it happened, suddenly, not too strongly, but it was there. A moment when you knew that the bird was likely going to be okay.

I wanted the blackbird to be warm so I sat with him for a little while longer like a worried mother with a crying baby.

Part of it was selfish voyeurism. I had never seen a red-winged blackbird so close up. He was beautiful. There was knowledge in his eyes. I cannot explain it. Maybe I’m anthropomorphizing here, but the bird seemed to be taking everything in. He wasn’t panicking or squirming against my hands as I softly offered maternal entreaties that everything was going to be okay.

It had been a difficult week. The snow storms had come hard and furious. My dervishes were whirling and tipping precariously with every new chore added to my growing to-do list.

My teenage son suddenly announced he was “done” with homeschooling and wanted to begin as a Sophomore in our local public high school. Immediately. I’ve always trusted the autonomy of my children’s decisions. I look at my role as a mother in terms of being a good Sherpa. Tell me where you’d like to go and we’ll figure out the best path for you to get there. My childhood lacked solid adult guidance and I was damned if my own children would get mired down in the poor choices I had made for lack of a guiding hand and a few words of wisdom.

Still though, my last child, my only son, was growing up and growing away.

I wasn’t lost on the irony of holding this little bird in my hand and perhaps mothering him with a little more wistful zeal than practical medical triage. My brain was making connections. I was probably overtired. Or just realizing how much my world had changed under my feet during the past year of Covid, my business closing, my divorce.

“He’s ready,” I said, determinedly rising from my chair and walking over to my daughter. She tugged open the sliding deck door. Standing outside, I opened my hand gently expecting the bird to fly away, but he perched on my palm, aware, awake and pensive.

“Maybe he’s still stunned,” I wondered. I waited a moment in the frigid February cold. It was still snowing and I was outdoors in just a long-sleeved t-shirt and sneakers. I didn’t want me or the bird to get any colder. I turned to go back inside and there was a little movement from the bird that ran right up my arm.

It was like he was saying, “No wait, don’t go, I just want to be here for a moment longer.”

So I acquiesced, watching in awe as the red-winged blackbird perched on my wide open palm eyeing the other birds at the feeders and the falling winter snow. It was a moment of complete wonderment.

It had to happen of course. The bird flew off into a nearby tree, gathered his wits about him and returned to his day.

It was time for me to return to my day, too.

P.S.: Birds come visit our world and sometimes leave deep impressions with us. It’s almost mystical, but we shake those visits off like a coincidence. But are they? Have a special bird story you’d like to share? Tell me more at [email protected]. 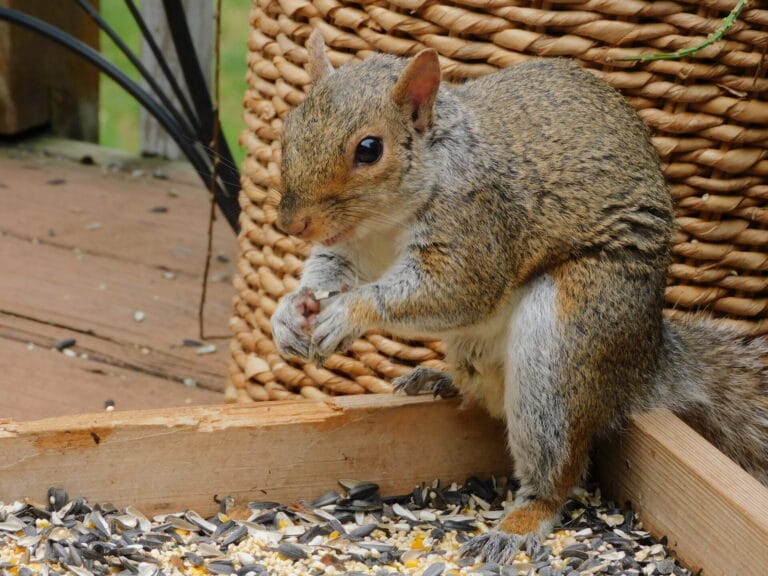 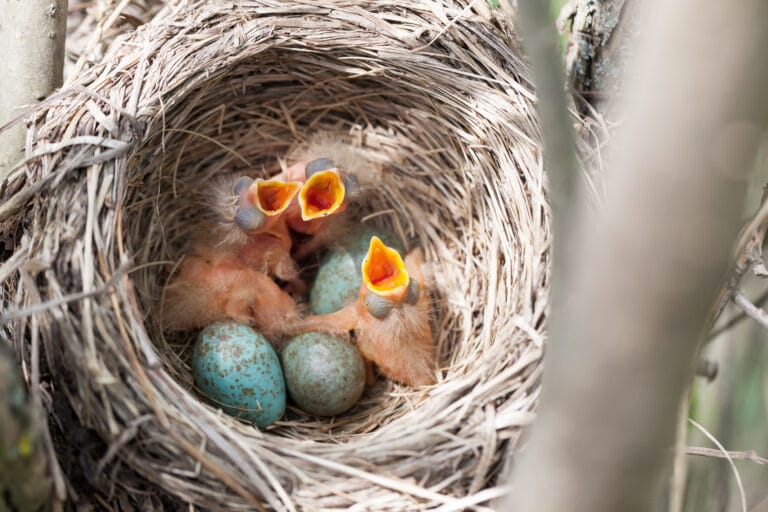 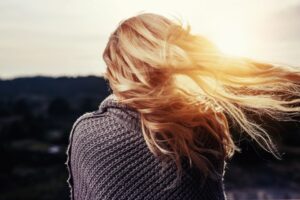 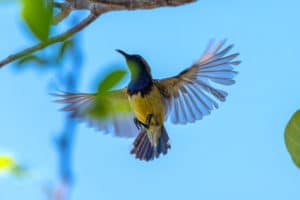